(قيد الترجمة)
director-general's bulletin date: 17 April 2019 No. 2019/17 I have appointed Mr Dino Francescutti Subregional Coordinator for the Gulf Cooperation Council States and Yemen (SNG), effective 22 April 2019. Mr Francescutti, a national of Mexico, holds a Ph.D in Economics from Colorado State University, Fort Collins, USA; a Master’s degree in Agricultural Economics from New Mexico State University, La Cruces, USA and a Bachelor’s degree in Animal Husbandry from Universidad Autónoma de Chihuahua, Chihuahua, Mexico. He started his career in 1982 as a Project Analyst with Ecoterra SA de CV in Chihuahua, Mexico. Form 1984 to 1985, he worked as a Research Assistant at New Mexico State University in La Cruces, USA and then as a Financial Analyst with Ponderosa Industrial SA in Chihuahua, Mexico, until 1987. From 1987 to 1990, he worked as a Teaching Assistant at Colorado State University, Fort Collins, USA. Mr Francescutti joined FAO in 1991 as a Food Security Officer in the Commodities and Trade Division, in Rome, Italy. In 1995, he was appointed as Economist with the FAO Investment Centre, Rome Italy and between 1999 and 2004, he transferred to the Regional Office for Latin America in Santiago, Chile where he worked for the Investment Centre as Economist. Since 2005, he has served as Senior Economist with the Investment Centre and often as Officer-in-Charge for the Investment Centre Service covering Latin America and Caribbean (among other regions), in Rome, Italy. He provided substantive technical support to most countries in Latin America and the Caribbean, but also in other regions. He was instrumental in the development of capacity development tools of FAO for investment related work, from identification to results assessment, currently applied in several countries in various regions. José Graziano da Silva Director-General 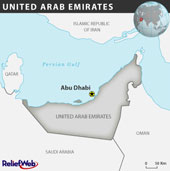